Press Release 06.2017 Work presented indicates that, with certain precautions, 224Ra based biomedical products can be used in a safe manner for the hospital staff and patients. In vivo studies show that 224Ra-labeled CaCO3 microparticles could be safely administered in mice at therapeutically relevant doses and with a high degree of intraperitoneal retention. The novel α-emitting microparticles have properties that make them a promising new modality for intracavitary cancer therapy.

These data were provided in oral presentations given by research scientists Elisa Napoli and Sara Westrøm during the Sunday morning session of the scientific program at the European Association of Nuclear Medicine (EANM) in Vienna, Austria.

Abstracts of the presentations are listed below.

Aim: Alpha-particle-emitting radium nuclides have been the subject of considerable biomedical research due to their highly localized effect. Radium-224, with a convenient half-life of 3.6 days, has promising properties for use against micro-metastatic disease. The aim of this work was to investigate the radiation safety aspects with a focus on thoron (220Rn) diffusion from its parent nuclide 224Ra. Thoron diffusion was studied for 224Ra either as free cation in solution or bound to biocompatible calcium carbonate (CaCO3) microparticles. Materials and Methods: Radium-224 was extracted from 228Th immobilized on Actinide Resin in 1 M hydrochloric acid (HCl). The acid was evaporated and the residue reconstituted in 0.1 M HCl and subsequently neutralized with ammonium acetate. The CaCO3 microparticles were prepared by precipitation of the combination of sodium carbonate and calcium chloride solutions. Thereafter, the microparticles were radiolabeled by mixing with 224Ra solution at neutral pH. Re-localization of 212Pb, due to thoron escape from solutions of free 224Ra and 224Ra-CaCO3 microparticle suspensions, was studied in various experimental setups. The potential leakage of thoron was examined from frequently used containers such as: 1.5/5 ml Eppendorf tubes, 6 ml Chromacol head-space injection vials capped and crimped with a stopper and different size of syringes. In addition, the influence of liquid volume on thoron diffusion into air was studied from open vials. Due to its short physical half-life of 56 s, thoron diffusion into the air was evaluated by measuring its decay product 212Pb, which has a longer half-life of 10.64 h. Gamma-counting was performed with the Hidex Automatic Gamma Counter (Turku, Finland). Results: The results indicate that free cationic 224Ra solutions and 224Ra-CaCO3 microparticle suspensions can be used in a safe manner, without significant leakage of thoron, when contained in vials or syringes. The data shows that at very low volumes i.e. 10-100 μl, there is significant diffusion of thoron from free cationic 224Ra solutions into air from open vials. Less diffusion from open vials was observed with 224Ra-CaCO3 suspensions. Diffusion from 10 μl volumes was between 70% and 95% less for 224Ra-CaCO3 in comparison with free cationic 224Ra solutions. Conclusion: When considering the low expected activity level needed for a therapeutic dosing, the current work indicates that, with certain precautions, 224Ra based biomedical products can be used in a safe manner for the hospital staff and patients.

Novel Intracavitary α-Therapeutic Based on Calcium Carbonate Microparticles As Carriers for 224Ra: Biodistribution and Toxicity in Mice

About Radspherin®
Radspherin® is a novel alpha-emitting radioactive microsphere designed for treatment of metastatic cancers in body cavities. The radium based therapeutic, Radspherin® has shown strong and consistent anticancer activity without any signs of product related toxicity in preclinical studies. It is anticipated that the product can potentially treat several forms of metastatic cancer. The first clinical indication for Radspherin® will be treatment of peritoneal carcinomatosis. Peritoneal carcinomatosis is one of the most serious complications of gastrointestinal and gynecological malignancies.

About Oncoinvent
Oncoinvent AS is a privately held Norwegian company based in Oslo, Norway. The company is committed to developing new innovative products to provide better treatment options to cancer patients.

The company’s founders started Oncoinvent in 2010 with a view to designing better cancer treatments by applying known physical and chemical principles of selected materials in new ways to maximize their medical benefit while minimizing potential safety concerns. This approach has allowed the company to develop a rich development pipeline and to explore multiple technological avenues before selecting a lead product candidate for preclinical testing.

The company is currently in late stage preclinical testing with its lead product candidate Radspherin®.

© Oncoinvent. All rights reserved. Design by Anagram Design AS 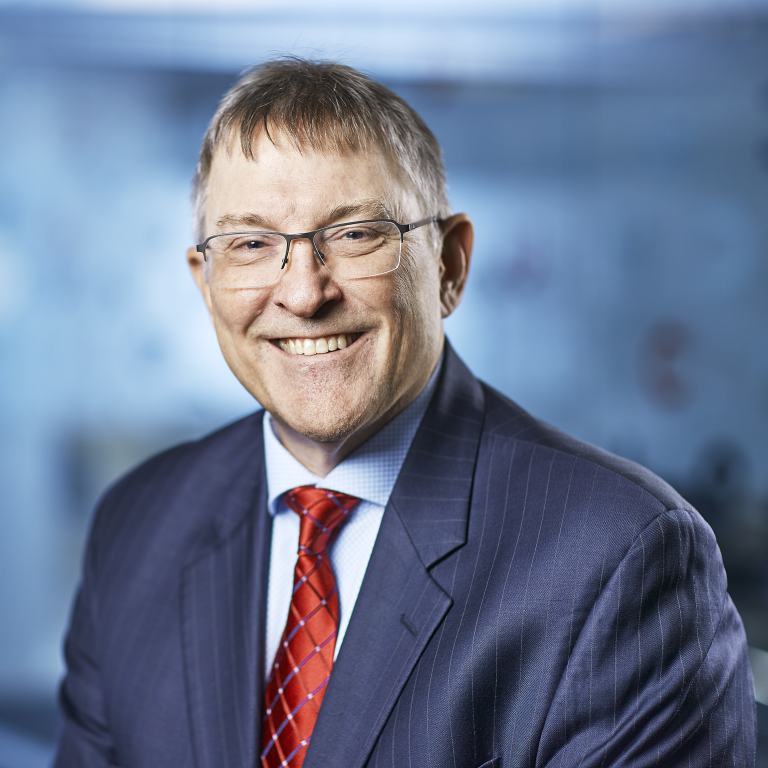 Jan A. Alfheim is a business executive with over thirty years’ experience bringing product ideas and technology to the chemical and pharmaceutical markets, from product concept inception through discovery and development phases to final marketing campaign and launch.

With experience in research, project management, business development & partnering, company start-ups, and product launches, Alfheim comes from Nordic Nanovector ASA where he was Chief Executive Officer from 2011 until 2014 and Chief Operating Officer from 2014 to 2016. Prior to working at Nordic Nanovector, he has held various senior roles including Chief Business Officer at Clavis Pharma, President of StemPath Inc, Director of Business Development at Neurochem Inc and Project Director at Nycomed Imaging. Mr. Alfheim holds a MSc from Concordia University and a MBA from McGill University.